On the open prairies under the big skies of Montana, one thing is quickly learned — You are expected to come prepared and ready to work. 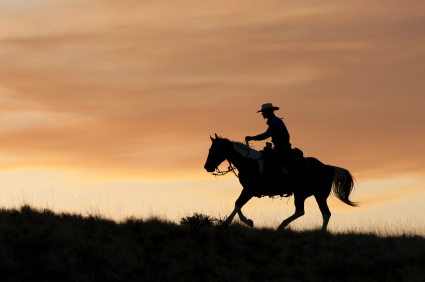 There are a plethora of benefits from a childhood spent horseback in a sea of cowhides.

On the open prairies under the big skies of Montana, one thing is quickly learned: You are expected to come prepared and ready to work.

The most known about the daily adventure is the Time and Place.

In late spring and early summer — that’s Branding Season — a neighbor will call to ask for cowboys. The conversation is short, sweet, and to the point: Time and Place.

In the dark of night, long before breakfast, horses are saddled and equipped for the rendezvous.

As the first glimmer of dawn is visible on the horizon, the cowboys clink their way into a semi-circle around the ranch owner. Eyes follow the sweep of the herdsman’s hand to understand the sections (640 acres, each) to be gathered into the corrals where they stand.

Little is given in the way of instruction. Beginning with the end in mind is all that is required. From the hills to the corrals is the simple plan. Upon swinging into the saddle, each cowboy begins an individual effort for the benefit of many.

The unspoken is the language of the Buckaroos. If the corrals are in the North, the first of several cowboys to mount might head to the South-West — the rest will know to cover the South-East area of the pasture. As the far corners are discerned, the groups will silently disperse into individuals surveying the Southern border for signs of livestock.

Eventually, the Cowboys turn North and find themselves all alone, with a job to do. Horse and rider will be depending on each other — one with the brawn, the other with the brains. Thinking out in front of a cow and her calf is one thing — convincing her of a new idea is quite another.

Somewhere in the middle of the whole dang show will be an occasion for pause don’t you know. The ignorance of a single cow will be the catalyst for the cowboy to rethink and retool.

By drawing his horse to a stop, inhaling a long deep breath of that sage-saturated air and raising eyes to the horizon, that cowboy gains a fresh perspective on the task at hand. In fact, he realizes that’s been the problem — a rein too short.

Wiggling himself down into the well-oiled leather of a saddle worn comfortable from many trips before, winking into the eyes of a horse thankful for the rest, and measuring a long rein to reach just the right balance, that cow is about to experience the Rest of the Story.

You see, the cowboy had lost touch with reality. He had let the natural instincts of a brute bovine beast get him off balance. The more unbalanced he became, the more he shortened his rein. The shorter his rein, the more off balance he became.

So, if you’re feeling a little off balance, the secret to arriving at the corrals with the herd in hand is to — take a deep breath and a long rein to — enjoy the moment and a prosperous reign.